World Book Day is on the horizon. Soon every British schoolchild will be dressing up as their favourite characters (odds on that at least 20% of them will be Harry Potter).

But World Books Day is for adults, too. A day to remember the joys and importance of reading a good book.

And because we’re Quidco. And because we’re all about that money-saving. Our favourite books are the ones that are cheap. Luckily for us, there’s a huge number of books that are under a quid and instantly available (if you own an Amazon Kindle, that is).

Amazon has made many of the classic novels either free or super cheap, meaning you can download them onto your e-reader at no cost whatsoever.

Classic literature has sort of come back into fashion recently, with the BBC rehashing stories such as Dracula, and Greta Gerwig’s adaptation of Little Women hitting the big screen to rave reviews.

It’s inspired lots of people to go back to the stories they wouldn’t have touched with a barge pole when they were in school.

Here are some of our favourites you can read today for less than 100 pence.

Get cashback on Amazon Kindles HERE

If you enjoyed the first two episodes (and even the hammy third episode) of BBC’s adaptation of Dracula over the Christmas period, then delve into Bram Stoker’s dark original source material.

Everybody knows some version of the story of Dracula. But the original is a wonderful exercise in fear and dread. Did you know that the original monster didn’t have a problem with sunlight? He just waltzed around, whatever the weather.

If you think that classic novels aren’t as gripping as their modern counterparts, read Dracula and realise you’re wrong. The first half of the novel follows Jonathan Harker, an English solicitor, in Transylvania. He's sent to stay with our main man, Dracula. Things get creepier and creepier as he realises his host is not all that he seems. From there on, the novel is a truly enthralling piece of paranoia.

‘Dracula touches on many themes, savagery, love, religion, technology and xenophobia to name just a few. It leaves you thinking upon it for a long time afterwards and is required reading for any fan of horror or vampires.’ So says the Guardian

Get Dracula and cashback on Amazon Kindles HERE

Not into E-readers? Get cashback on Dracula at Waterstones

The Awakening caused chaos when it was first published the dawn of the 20th Century. Set in the southern states of America, it follows a young woman, Edna Pontellier, as she goes through something of an emotional and sexual awakening (hence the name of the book).

A married woman, Edna falls for a charming and handsome young man. In the novel, Chopin wrote about female infidelity like nobody dared to before her. The novel is about the restrictions of middle-class white women and one woman trying to overcome them to achieve satisfaction.

‘Chopin's deceptively slight novel is the kind of book revolutions are made of . . . this angry, eye-opening novel is well worth adding to your reading list’, wrote Harper’s Bazaar

Get The Awakening and cashback on Amazon Kindles HERE

The adventure story to end all adventure stories. This is the book that everybody means to read but never actually gets round to. Now that it’s under a pound on Amazon Kindle, there's no excuse.

Since its publication in the mid 19th Century, Moby Dick’s themes of obsession and masculinity have become commonplace. It follows Ishmael, a sailor, who boards a whaling vessel. The captain of which is Ahab, a man with one leg (Moby took it), who’s intent on finding and killing the sea monster, despite the likeliness of certain death in his pursuits.

As the men fall ill, lose limbs and go mad, Ahab doesn’t stop on his mission. It’s a great exploration of human delusion.

Get Moby Dick and cashback on Amazon Kindles HERE

Not into E-readers? Get cashback at Foyles Here

Agatha Christie is considered something of a pioneer in detective fiction, having written over 200 novels in the genre. The Secret Adversary is her second.

The novel follows Tommy and Tuppence, a young broke couple who start their own detective agency, with the aim to hire themselves out and scam their employers. Things don’t go to plan and the young couple find themselves searching for the mysterious Jane Finn, a name that causes strange and panicked reactions all over London.

To explain more would be to spoil it. But the novel is filled to the rafters with intrigue, mystery and danger. And it’s easy to see why this novel skyrocketed Christie to literary fame.

Get The Secret Adversary and cashback on Amazon Kindles HERE

Ever seen the Vietnam War film Apocalypse Now? Did you know it was based on an early 20th-century novella? Well, you do now.

One of my favourite books, Heart of Darkness is about many things: colonialism, racism, humanity, madness. Francis Ford Coppola, director of Apocalypse Now, was inspired by the novel’s exploration of what happens when a group of people move further and further away from society and delve into depravity.

Written from the point of view of Charles Marlow, an explorer who’s sent to track down a Mr Kurtz, an ivory trader who’s gone AWOL (and insane), somewhere up the River Congo. The more Marlow travels upstream, the more dangerous and depraved everything gets. It’s exciting as it is meaningful.

‘Once experienced, it is hard to let Heart of Darkness go. A masterpiece of surprise, of expression and psychological nuance, of fury at colonial expansion and of how men make the least of life . . . endlessly readable and worthy of rereading.’ Telegraph.

Jekyll is a kindly, sociable doctor. His friends start finding his behaviour suspicious when he secludes himself in his home and names someone named Mr Hyde as the sole beneficiary in his will. It’s later revealed that Dr Jekyll and Mr Hyde are one in the same. Whereas Jekyll abides by social norms and the law, Hyde is a violent murderer who only cares about himself.

With themes about hidden desires, the fight between good and evil, and homosexuality all packed into a very short book, it’s an absolute must-read. And you can easily get through it quickly, so happy days.

Not a big reader? Get cashback on the audible version of Dr Jekyll and Mr Hyde HERE. 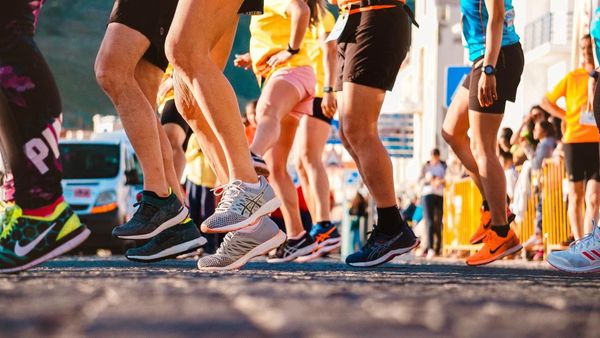 Hit the treadmill, not your bank balance with these mega running gear deals. As part of our flash sale weekend, we’ve boosted the cashback rates for the sports brands you know and love. 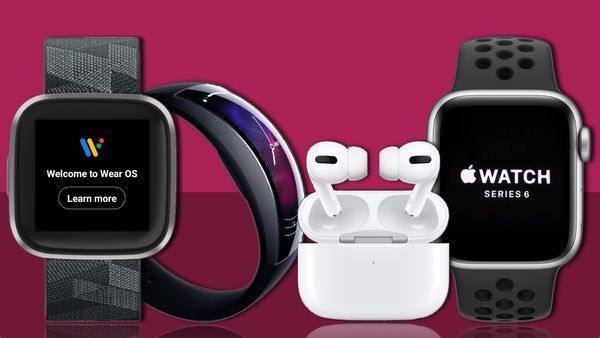 Read about what the future holds for wearable tech, from the good people at Wareable.com.