Your step-count may be suffering but is there light at the end of the lockdown?

Do you ever look at your bank balance and think: where’s all the money gone? You may not have bought anything expensive or have been out to expensive restaurants, but money has a tendency to just fade away when you’re going about your usual day-to-day.

It may be the little things you do during a normal working day that is making your money disappear. Things that you may not really think about, such as your daily commute or buying lunch. These costs – a £2 train journey, a £3 meal deal — may seem small at the time, but they can add up big time.

Commuting is likely to be the main expense of your working day. This is especially true if you work in London. Travelling from a London home to an office in the city costs hundreds a month. The cost hikes even higher if you travel in from outside of the capital for work. The price for someone living in Tunbridge Wells, Kent, is as high as £4,500 a year.

Expensive when you see it all added up, right? Well, at least that’s one thing you don’t have to worry about right now. Since the UK has gone on shut down because of you know what, there’s little chance of you making those commutes at this moment in time. Unless you’re one of the country’s heroic key workers, that is.

It's worth a mention, too, that not everybody has the ability to work from home right now. Lots of people have been furloughed or made unemployed since the lockdown hit. As many are worried about their income, there's some small solace in the fact that you outgoings won't include commuting and work-hours food costs.

At Quidco, we wanted to find out just how much us Brits are saving, who’s going to be saving the most, and how do we feel about it, now that we’re in quarantine mode.

How much are we saving on the whole?

If you’re like us at Quidco, and you’re currently working from home, you’re part of 73% of the nation who’re doing the same. There are costs and benefits to this. You may have screaming kids in your office but you also get to wake up a whole one minute before you’re supposed to start work.

Another benefit is the amount of money you’re likely saving by not going about your daily routine. Our research showed the typical UK worker is saving £75.82 a week on commuter costs by working from home. For every three weeks this lockdown lasts, British workers will save on average £227.46.

Times may be gloomy, but that nice bit of extra cash in the bank can make these times just a little bit brighter.

Who’s saving the most?

Some people are saving more than others. Our research showed that where you live will have an impact on how healthy your bank balance will look at the end of this lock-in.

Let's have a look at the leaderboard:

Of the big cities, the people in Birmingham are saving the least. The average working-from-home-er in the midlands city is saving £65 a week during lockdown. To break it down, that’s about £37.66 a week on commuting and £27.98 on work-hours food and drink. Still not bad, right?

You may not be entirely gobsmacked by which city’s population is saving the most working from home. Yes, the people of London are saving a bundle. The lion’s share of this is down to the, some would say unreasonably high, London commuter costs. In total, Londoners will save an average of £153 a week, just by staying in.

£33.84 of that sum total will be down to food and drink they won’t be buying during work hours. No more trendy Mocha Frappuccinos, Londoners. This isn’t too much when you consider that that’s only £6.67 more than the city that is saving the least on work-hours food, Liverpool (£27.56). However, if you work in London, you’ll be saving a huge £119.41 on the commutes you won’t be taking in the upcoming weeks.

How do we feel about it?

So what’s it like, not having to commute every day? On the one hand you may love not having to stand in a packed tube, at armpit height, for 45 minutes. On the other hand, you may miss that rare quiet time travelling to work can offer.

We found that there were mixed feelings surrounding working from home. Lots of people are enjoying that extra money saved during lockdown. Claire from Belfast is one of those people: “It's great to be saving on my daily lunch and coffee spend as money is a worry.”

However, many people are surprised at their own longing for their normal commute. "Weirdly, now I am locked down, I miss my commute more than my workplace...I thought it would be the opposite”, Sarah from Birmingham told us.

Now that many companies have proved they have working-from-home capabilities, staff around the country are planning to use this for future opportunities. "Once all this is over, I am definitely finally going to win that argument with my boss about working from home 2 days a week", Alex from Cardiff told us.

A lot of us are feeling the pinch when it comes having that quality time that commuting offers us. Or in other words, being away from our family, friends and colleagues for an hour or so. In other research, we found that people are taking to exercise to get that essential alone time.

Whether you miss your commute or not, you can find some comfort in the fact that your bank balance probably doesn’t miss it.

Read our study into how our pets are getting us through this isolation period. 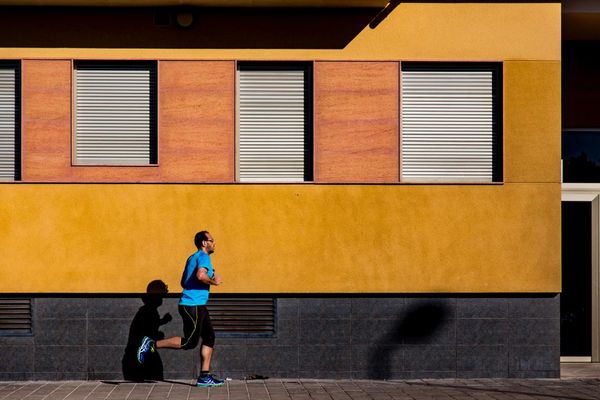 At Quidco, we wanted to find out what people have been up to since the country's gone into lockdown. To our delight, it transpired that the people of the UK have a newfound love of exercise.

Quidco Discover
—
Brits save £1.8bn per week in lockdown
Share this