Everybody likes to treat themselves, especially when there are festivities and feel-good tidings in the air. But we wanted to find out exactly how much Brits spent on themselves over the Christmas period, and which demographics did so the most. So we took to the British people.

It turns out that Christmas is a time for giving... to yourself, apparently. 80% of the UK population now buys themselves a Christmas present, spending more than £13m. And the most frivolous generation? Gen X.

Yes, you children of the 70s and 80s are the biggest spenders when it comes to treating yourself at Christmas, with almost 30% admitting to buying themselves a little present (or two).

Millennials are also a generous bunch to themselves, with more than 28% stating that they do, indeed, treat themselves and it's probably avocado or pineapple related*

Although Gen X are the most generous to themselves, it turns out, every generation spends more on themselves than they do others – including their significant other.

Men are the most likely to spend larger amounts on themselves, with almost 13% of males stating they spend between £50 and £200 on a treat for themselves at Christmas. This compares to 7.4% of females admitting to spending the same amount.

I suppose that's one way of guaranteeing you get what you want!

Where you live affects how likely you are to make yourself the recipient of festive tidings. Londoners show themselves the most love in terms of gifts at Christmas. People of the South West, forego a self-gift, with just 3.76% saying that they treat themselves. 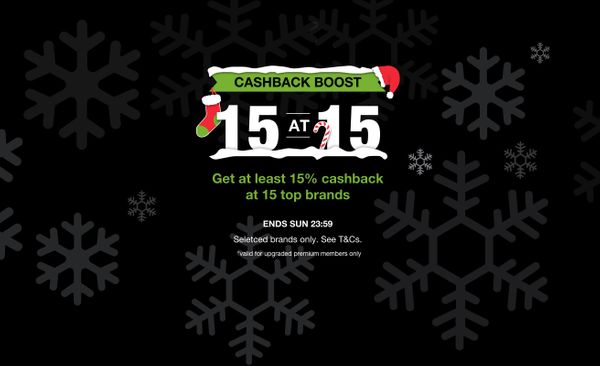 We’ve boosted the cashback rates of 15 brands that are renowned for selling great gifts. Do your Christmas shopping online this weekend, give the postman enough time to deliver them, and earn money back on top.

This Christmas, we want to reward the UK's unsung heroes. The people who are pillars of the community, who have nothing but compassion for the people around them. Our chosen five Quidco Heroes will receive £500 each.

Quidco Discover
—
Do you buy yourself a Christmas present? Well you're not alone
Share this