This article was kindly supplied to us by our good friends at Wareable.com

Wellness isn't just about doing cat yoga and drinking alt-milks, sometimes you just need a refreshing sleep. A sleep tracker can help offer insights into the quality of your slumber – and the really good ones can help you improve it.

There are now plenty of different ways to track sleep, whether that's through a bedside monitor, a wrist-worn wearable like a smartwatch or a device that fits into your mattress. All will give slightly different insights and personalised tips on how to improve your rest time, but the options from our picks below are worth exploring if you want to know exactly how you're sleeping.

We'll be breaking down what to look for in a sleep tracker, how it manages to track your sleep accurately and the best sleep gadgets to buy – we've tested them all so you don't have to.

Get cashback on wearable sleep tech and a lot more HERE.

Before you can pick the right sleep monitor to watch over your night, you need to know exactly what you want from one. The tech involved here is much more advanced than the smartphone apps that use the accelerometer to track movement under your pillow – and, as a result, things are much more accurate.

Older fitness trackers used wrist movement to track sleep, but now it's all about heart rate monitoring – and companies like Fitbit and Withings are looking at your bpm during sleep to make assumptions not only about duration, but the sleep stage you're in.

That means logging the amounts of light, deep, REM and awake time. You should cycle through these stages to feel rested, and if you're not, it's worth investigating. Pretty much all sleep trackers offer this data now, but you'll want to know it's estimated via heart rate, not just the motion of your arm.

A lot of devices make sleep tracking quite complicated – and when you've looked at the data for a few weeks you'll start wondering what it all means.

A lot of brands now distill your data down into a meaningful number, so you can see how your slumber stacks up. Pretty much all the brands below (Fitbit, Garmin, Withings and Xiaomi) offer a single sleep score from their data.

The latest data in town is blood oxygen – which is tracked using an SpO2 sensor. You'll find them on some Fitbit, Garmin and Withings devices.

That might sound nuts, but the oxygen in your blood – or at least a dip in levels while asleep – links to a condition called sleep apnea. It's estimated 22 million Americans suffer with it, and the majority don't actually realise it.

Choosing a sleep tracking wearable with an SpO2 sensor will offer up this data, so you can ensure you're not an unwitting statistic.

When it comes to tech, the Fitbit Versa 2 is the best sleep tracker on the market right now – although there's plenty of others vying for that crown.

It's light on the wrist – just 38g – and won't get in your way, thanks to that 34mm case size. Even better, it uses the same sleep tracking technology as the rest of the Fitbit line, meaning you don't have to compromise on accuracy if you don't just want a tracker.

So, Fitbit Sleep Stages are on board, meaning you can get a daily look at your light, deep, REM and awake times, and you can still check in on how your night compares to the last month and other people your age.

The Versa 2 is built with the tri-wavelength sensor on board, making relative SpO2 tracking/sleep apnea detection something that should come to devices in the future.

Also keep an eye out for Sleep Score, a feature on the Versa 2 that should be coming to the Versa soon. When it goes live, it'll offer a new way to interpret sleep data, also bringing insights around breathing quality and levels of oxygen in the bloodstream through the relative SpO2 sensor.

And if all that's not enough, Fitbit has even added a new feature that will tell you if you snore.

Get cashback on the Fitbit Versa 2 AT Currys PC World HERE.

If you're looking for a sleep tracker that you'll actually wear, Fitbit is a. good choice. The Charge 3 helps unlock Fitbit Sleep Stages, giving you a more in-depth look at your sleep. It'll use that monitor to track whether you're in light, deep or REM sleep, giving you actionable insights the next morning.

Plus, you can compare your results against people of a similar demographic, as well as your average night's sleep over the past 30 days. What we like about Fitbit's sleep tracking is that it learns your behaviour over time, and will start giving you more and more personalised feedback for getting better rest.

Tracking accuracy is as good as it gets from the wrist, and the intuitive companion app, where the sleep graphs are held, completes a package that makes this the best fitness tracker for sleep.

The Fitbit Charge 3 also features the same relative SpO2 sensor found on the Versa 2 (and Versa Lite), and therefore the amount of oxygen in the blood. And Fitbit has just started rolling out the ability to let users check the variation of oxygen in their blood – which can indicate problems with sleep apnea.

Get cashback on the Fitbit Charge 3 at Argos HERE.

The diminutive Vivosmart 4 may look like a basic tracker – but it's actually packed with sensors that can deliver serious insights – and some of the best are around sleep.

Garmin's sleep reporting has got a lot better in the last year, with in-depth looks at sleep cycles – and the duration within each zone. This simply wasn't part of the app before. The Vivosmart 4 has a heart rate sensor, and leverages that data to offer insights on sleep cycles.

The Vivosmart 4 also boasts a SpO2 and will track blood oxygen levels in the app, which are read while you're asleep. That means it's capable of highlighting sleep apnea, if you pay attention to the data.

f you are struggling to drop off, there's guided breathing exercises built into the device and stress tracking – which you can correlate against poor sleep to try and make positive changes.

It's not all about sleep – the Vivosmart 4 will offer VO2 Max data if you use it for workout tracking.

The only reason we're not all-out recommending the Vivosmart 4 is because we feel the Garmin Connect app experience still lags the Fitbit one – with an overload of data, and less insights. But we love the Vivosmart 4's design coupled with top quality tracking data.

Price when reviewed: around £70

Get cashback on the Garmin Vivosmart 4 at Blacks HERE.

The first watch back under the Withings brand is also one that's able to track your sleep, with the Steel HR Sport providing awake, light and deep sleep times, as well as giving you a look at how your heart rate varies through the night. There's much better sleep insights coming on the Withings ScanWatch – but we'll reserve judgment until out full review lands.

Unless you’re someone who hates having anything on their wrist in bed, the Steel HR Sport’s slim physique makes it comfortable to wear to sleep. There’s an alarm as well, so you can be woken by a gentle vibration on your wrist, instead of a blaring noise.

In our testing, accuracy wasn't perfect, but not terribly far from Fitbit's standard. The data is easy to digest, as shown above, but sadly the insights aren't quite as meaty as we'd like. However, if you're looking for something that's good at the basics when it comes to sleep, the Steel HR Sport is by no means a bad call.

Get cashback on this and all Withings products HERE.

We'll throw in a major caveat at the start: the Apple Watch cannot track sleep – at least not through the company's own means. However, it makes the cut because of the sheer breadth of third-party apps that help you do so. and that's why we've recommended the cheaper Apple Watch here, because in this regard, it's no different to the newer Series 5.

We've tested the best Apple Watch sleep tracker apps (yes, there really are that many), and all will give you slightly different results and experiences, but they're all harnessing the same sensors to try bring you a look at your night's sleep.

Accuracy isn't quite as good as Fitbit's, and the 1-2 day battery life means you'll have to charge the smartwatch in the day if you want it to be working in the night, but this is still a very viable solution to track your sleep.

(Sleep++ is one of the top Apple Watch sleep tracker apps to download).

It's also a comfortable smartwatch to wear to bed. Again, not quite as light or small as the Fitbit options – even if you get the 38 mm variation – but not a device that feels alien to keep on. And that's especially true if you're wearing a light band, such as the sporty silicon or knitted loops.

And then there's also everything else to consider with buying an Apple Watch – this is comfortably the best overall smartwatch you can buy in 2019. And even if native tracking isn't available now, there has been recent speculation that an Apple Watch with built-in sleep tracking is in the works.

Since Apple bought Beddit, the future of the company's devices has been in question, so we've been on the lookout for a replacement. The SleepScore Max tracks from your bedside table using echolocation (a reflection technique similar to what bats use), firing out ultra-low power radio waves to track our breathing patterns.

It's a little pricier than other options, but it might be worth it for the excellent accuracy and actionable insights. Every morning, you'll get a score based on the quality of your night's sleep and then told whether you're actually sleeping as well as you should be, and what you can do to get better rest.

(SleepScore's app gives you a rating, tips and a hypnogram of your night)

As far as contactless sleep monitors go, the Max has delivered the best on accuracy. Our only criticisms are that it needs to be manually started each night and needs your phone to be running to work.

SleepScore has also launched a free app that also uses echolocation, so if you can't get your hands on the Max, there's an alternative on offer.

Get the SleepScore Max from Amazon HERE.

The Withings Sleep (formerly the Nokia Sleep, and before that the Withings Aura) slips under your mattress and collects your sleep data, and was recently released back under the company's name after the buy-back.

It's able to collect data like sleep duration, interruptions, light, deep and REM sleep, plus snoring, thanks to a built-in microphone. It can tap into the Withings app, giving you a coaching program to help reduce fatigue and improve health. A big new feature addition is that it now has the ability to detect the signs of sleep apnea.

While the accuracy wasn't as good as Fitbit's wrist-based options in our testing of the Nokia version, which is essentially the same as Withings', we did find the Sleep Score to be genuinely useful.

t's the most obvious way to find out whether you had a good night's sleep, and will be in red if you had a bad night. The higher the score, the better night of sleep you had. Even better, the app helps you understand what makes a good night of sleep by telling you how to raise your Sleep Score.

Get cashback on the Withings Sleep HERE. 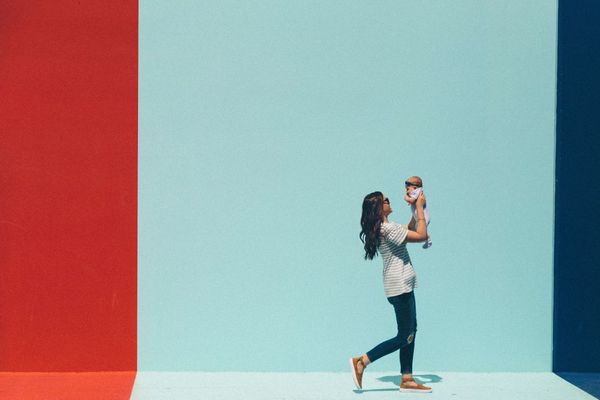 Not all mums are biological mums. Our Quidco member tell us who their mother figures are and why. 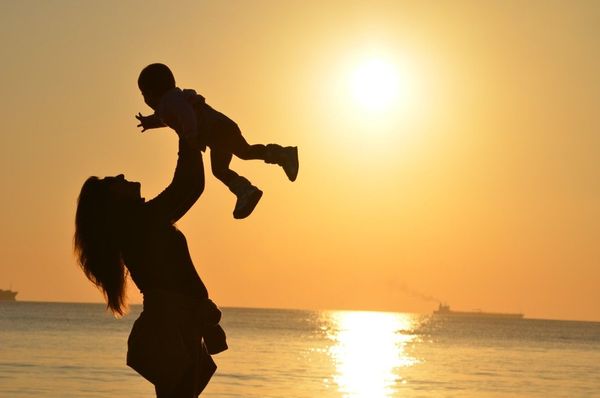 The top gifts for mums 2020. Find out what to buy, from the best classics, such as chocolates and flowers, to the weirder and wonderful.