Valentine's Day is coming thick and fast. The smell of roses is in the air, babysitters are making big money, and couples will be planning their romantic nights out.

Not all dates turn out so romantic, though.

Previously, we asked our members for their worst date stories. As beautiful a thing as love is, it's just not as funny as a really bad date.

We had a huge response from our members when it came to their worst date stories. And, as promised, we'll put £100 in the Quidco account of the member with the best story.

Is... Sarah. We thought we'd give the top prize to Sarah as her date included the worst possible scenario we could imagine.

I had a date with a guy. We met in a pub. He kept going to the toilet, every 15 minutes or so. After the 5th time, he had been in the toilet for about 15 minutes. He then came back with his jumper around his waist. I asked him if everything was okay. He had soiled himself! He had an upset stomach after eating something that didn't agree with him, and he didn't make it to the toilet on time. The date ended, and he went home to clean himself up!
Sarah

This one from Jack, for its alluring sense of mystery.

Went on a blind date with a girl. She said nothing the entire time, ate her meal and then got up and left... checked my phone and had a message saying the girl couldn’t make the date — who did I even go out with?!
Jack

This one from Charlotte, because who doesn't like Celebrity Most Haunted?

15 years ago when I was 16 I went to a horrible run down pub where I went on a date with a guy and had to buy my own drink. At about 8pm he said he had to go home as him and his mum always watched Celebrity Most Haunted together. The day after, he showed his cousin a pic of me on his phone. His cousin then went through his phone to get my number and ask me out. We are now married with two kids so I have an awful date with my husband's cousin to thank for that. My husband's cousin has still not forgiven me!
Charlotte

This one from Stewart, for its surprise ending.

Went out for an early drink for a first date. Things were going well. She decided she wanted to get changed so we could go clubbing. I went back to her flat. I was waiting in the living room whilst she changed. Next thing I know, someone knocked on the door. It was her boyfriend! She hid me and snuck me out via her bedroom.
Stewart

This one from Stacey, for some guys huge misreading of signals.

I went on a date about 10 years ago with a man who was a little too confident! He spent all night talking about himself. I ended the night early and he dropped me home before asking if he could come in to use the toilet. The toilet was an en-suite off my bedroom so I showed him where it was and went to make a drink. When he took longer than I expected I went into my bedroom to find him naked on my bed.

I laughed and told him he had got the night seriously wrong and it was time to leave. He got dressed and headed out. My little flat was on a dual carriage way, so I closed the door and went to the window (to check he had actually left!), only to see him pull out of my drive and turn right back up the wrong side of the carriageway onto oncoming traffic. Two mins later he speeds past, in reverse. Never saw him again.
Stacey

This one from Sam, for including one of the world's weirdest people.

I met a guy who spent all night telling me how much money he had, how he went out for a gas canister for his barbecue and came back with a brand new 75ft motor home. How he dumped his wife because she wouldn’t give up her job to travel in the motor home with him. Over dinner, he wouldn’t stop talking about how much of a great boss he was, giving his workers free bars at parties. He also talked about how much fun he was and how he was always on people's lists when they had parties. Towards the end of the evening he passed me a fork and said, here you go here’s the talking fork, now you talk and tell me about yourself! At the end of the evening — which ended soon after the talking fork — he had the cheek to ask me to pay half the bill!
Sam

Thanks to everyone who sent in their worst dates. We hope this year's Valentine's Day brings you better dates.

Say hello to our new Premium. It allows you to earn more cashback than ever before, and gives you access to an abundance of improved features. 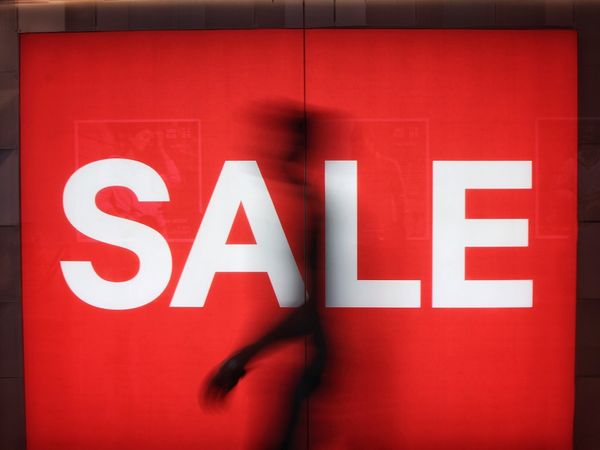 Read our tips and tricks on how to make the most out of Black Friday this year. Find the best deals and shop safely.