As Christmas is over, and everyone’s taking it a bit easier in the evenings, the cinemas are filling up. All in time for the film buff’s favourite time of year: Awards Season.

Beginning around November and lasting until the end of February, this is the period where distributors start to roll out the films they think stand the best chance at taking home some major film awards. The Golden Globes, the BAFTAs and, to finish off the season, the Oscars.

Frontrunners usually arrive later in the season and can change pretty quickly. This time last year, Bradley Cooper's A Star Is Born remake was being touted as the Oscar favourite, but ended up with only one win for Best Original Song.

The thought that Bohemian Rhapsody would win the most awards, and Green Book would go on to win Best Picture, was wildly unexpected. That being said, there are a few stand-outs coming to cinemas soon that seem destined to go all the way.

Netflix had Roma as their horse in last year’s race, and reportedly spent more than the budget of the film on its Oscar campaign — that's how much the streaming giant wants to win.

And win Roma did, going on to take home an impressive three Oscars last year for Director, Foreign Language Film and Cinematography. But it failed to nab the Best Picture award, losing to late favourite, Green Book.

This season, Netflix is once again digging into its deep pockets with two big awards hopefuls: The Irishman and Marriage Story.

The Irishman, which came out in select London cinemas 8th November and the rest of the country on the 15th (eventually streaming on Netflix from 27th November), and was instantly hailed as a modern masterpiece for legendary director Martin Scorsese.

The film is yet another collaboration between Scorsese and Robert De Niro, who plays real-life hitman Frank Sheeran as he begins to work for crime boss Russell Bufalino (Joe Pesci) and gets mixed up with Union leader Jimmy Hoffa (Al Pacino). Eventually Sheeran has to choose between his two father figures. After winning big for The Departed in 2007, there’s good chance Scorsese can do it again this time around.

Netflix's other big film is Marriage Story. Marriage Story stars Adam Driver and Scarlett Johansson as a New York couple going through a tough divorce, as their initial amiability turns sour when they battle over custody of their young son.

Driver and Johansson are highly likely to receive acting nominations, if not wins, for their performances, and the supporting cast, including Laura Dern, Ray Liotta, and Alan Alda, could also go the distance.

The writer-director of Marriage Story, Noah Baumbach, could be facing competition from his partner this year, as Greta Gerwig follows up her Oscar-nominated film Lady Bird with a highly anticipated adaptation of Louisa May Alcott's Little Women.

With a cast that includes the three-time-Oscar-nominated Soairse Ronan, rising-star Florence Pugh, Emma Watson, Laura Dern and, the most nominated actress of all time, Meryl Streep, Little Women seems like it could have a huge presence this awards season..

Saoirse Ronan and Scarlett Johansson face tough competition in the Best Actress category, however, as Renee Zellwegar's performance as Judy Garland in Judy is the current favourite. She’s already picked up the Gold Globe for Best Performance by an Actress. Last year Rami Malek won multiple awards for his performance as beloved musical icon Freddie Mercury, and Zellwegar could pull off a win of her own in a similar vein.

Competition for Best Actor this year looks like a three-way race between Robert De Niro, Adam Driver and Joaquin Phoenix.

As divisive as Joker was when it came out, maybe the one thing everyone seems to agree with is Phoenix's exceptional performance as the titular clown. He’s already snapped up a Golden Globe for Best Actor for his work in the film.

Despite some of the mixed reviews surrounding Joker, it has already been nominated for a huge eleven Baftas, making it the most nominated film at the British awards this year.

In 2009, Heath Ledger posthumously won Best Supporting Actor for his take on the Joker in The Dark Knight, and Phoenix could become the second actor to win an Oscar playing the same character, which has only ever happened once before (Robert De Niro and Marlon Brando both won for playing Vito Corleone in The Godfather, parts one and two).

Other films vying for awards this season include sports biopic Le Mans '66, starring Christian Bale and Matt Damon as part of the team working for Ford Motors during the 24-hour race in Le Mans in 1966.

There’s also Taika Waititi's Nazi-Germany set coming-of-age comedy Jojo Rabbit and this year’s dark horse, South Korean film Parasite, which won the top prize at this year’s Cannes Film Festival, and is a strong contender with an outside chance.

And then there's Sam Mendes' World War One drama 1917. Arriving late on the scene and not particularly tipped for success, the film picked up Best Drama and Best Director Golden Globes for its technical brilliance. It's looking to continue its success at the Oscars.

And yet, the biggest awards contender may have been released months ago. Quentin Tarantino’s Once Upon A Time In Hollywood came out in August and received some of the best reviews of the director’s career, as well as his best result at the box office. Brad Pitt has already picked up a Golden Globe for Best Supporting Actor and the film has been nominated for 10 Baftas.

Tarantino is no stranger to awards (he won Best Original Screenplay for Pulp Fiction in 1994 and Django Unchained in 2013), and his hugely successful team-up with the awards-friendly faces of Leonardo DiCaprio, Brad Pitt and Margot Robbie could mean that Once Upon A Time In Hollywood is the one to beat this awards season.

Help with the January saving and get cashback on your cinema trips at Cineworld and Odeon Limitless.

Or upgrade your home cinema. Get cashback on TVs and Speakers from your favourite brands HERE. 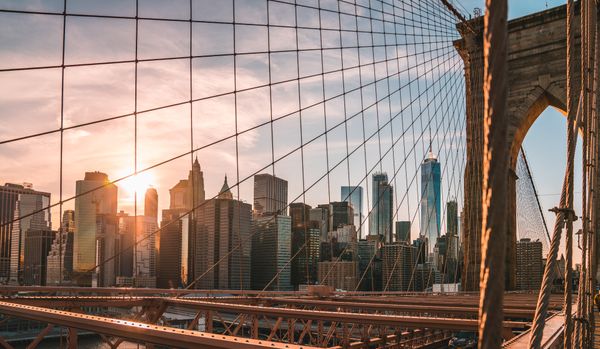 We're almost at 10 million members. We just need a little help to get there. The person who refers our 10 millionth member wins an all-expenses-paid trip to New York. Enter here. 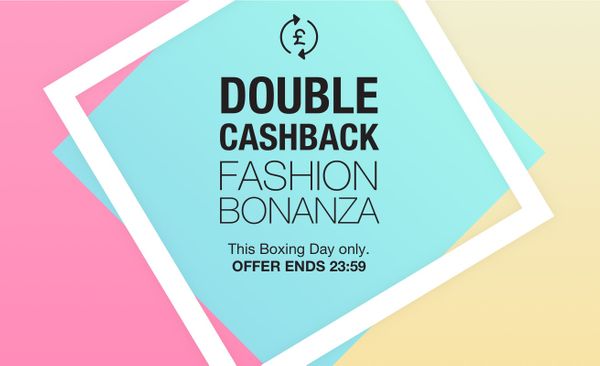 As one more Christmas present to members of our relaunched Premium, we’re offering site-wide DOUBLE CASHBACK across the best fashion brands.