Autumn is here and so is the spooky season! It’s a time to get cosy indoors, listen out for trick or treaters, and wrap up in a blanket ready for an evening of movie frights and thrills. Whether you like something really scary or you’re looking for something for the whole family to enjoy, there are countless movies perfect for watching on Halloween.

This year offers up a great choice of horror movies, with some fresh takes on the classics alongside new and truly terrifying releases to experience.

The final face-off between Laurie and Michael Myers - In theatres

After a traumatic experience with a patient, a doctor begins to experience a series of strange and frightening occurrences - In theatres

A follow-on from the original, this V/H/S iteration follows a group of teens in 1999 in the final punk rock analog days of VHS, as they discover some terrifying realities - Amazon Prime

Prey for the Devil

A nun believes exorcisms are her calling, but faces horror from her own past - In theatres

In this reboot of the classic, a group of children face a shapeshifting demon who takes the shape of Pennywise the Clown - Amazon Prime

A group of teenagers befriend an elderly woman who lets them drink in her basement with conditions. Soon they start to uncover dark and obsessive secrets about their host’s personality - Amazon Prime

A scientist fakes his own death and uses technology to become invisible. He uses the technology to stalk his ex-girlfriend who decides to take matters into her own hands - Netflix

In this daring psychological horror, a curse is passed from teenager to teenager as they navigate their relationships. The curse follows the protagonist who hopes to escape it - Amazon Prime

Set in 1630, witch-related panic invades a community as the devil lurks behind twin siblings - Netflix

A grief-stricken woman travels to Sweden, where she becomes indoctrinated by a cult - Netflix

Chris goes to meet his girlfriend’s parents, only to discover dark prejudices hiding in her family - Amazon Prime

These are some of the best horror movies to watch on Halloween, as they have lots of nostalgia and variety.

Jack becomes a caretaker at a secluded off season hotel and takes his family with him, only to experience strange and horrific happenings - Amazon Prime

A bullied teenager finds out she has supernatural powers, which she uses to seek revenge and violence against her bullies - Virgin TV Go

When her family begins to notice her levitating and speaking in tongues, a child is visited by a priest who attempts to perform an exorcism - Netflix

Video footage shows what strange, dark happenings occur amongst a group of film students who get lost in the woods - Netflix

Immortality has a price in this camp classic - Netflix

A Nightmare on Elm Street

In their nightmares, teenagers are visited by a clawed serial killer known as Freddy Krueger - Amazon Prime

Marion checks into Bates Motel on the run from the police, only to find further horrors awaiting for her there - Netflix

Highschool teenagers practise witchcraft on those that wrong them, only to face the disastrous consequences - Netflix

Masked Michael Myers escapes from prison and returns to his hometown, to stalk and murder his next set of victims - Virgin TV Go

At summer camp, a group of teenagers are stalked and terrorised by a brutal killer - Amazon Prime

Set in beautiful suburban America, a family is shocked to encounter a spirit haunting their home. Fears arise as it begins to communicate with their youngest daughter through the television set - Netflix

There’s a really great list of good family Halloween movies which are perfect for all ages, and here’s a list of some to look out for on streaming platforms. We’ve also included a list of animated and comedy movies that are great for families too!

An eight-part adaptation of J.K. Rowling’s popular children's books, where a young boy attends a school for witches and wizards - Now TV

Zach Cooper finds out his neighbour is R.L. Stine, only to accidentally release the horrors from inside his books - Netflix

Edward is taken in by a loving family, despite being unfinished by the scientist who made him - Amazon Prime

The Watcher in the Woods

Young creative Miguel visits the Land of the Dead in his Mexican community, where he rediscovers his family history and meets his great-great-grandfather. He discovers there’s a lot more to his family in this wholesome adventure - Disney Plus

The Nightmare Before Christmas

Jack Skellington is bored of his Halloweentown traditions, so he looks to get involved in Christmas traditions instead after kidnapping Santa Claus - Disney Plus

In her new home, Coraline discovers a secret door to an alternate world - Netflix

Three kids believe their neighbouring house is a living creature who means harm, so they look to destroy it before Halloween - Netflix

An eccentric and spooky family are investigated by an evil doctor, who hires an imposter to spy on them - Netflix

Adam and Barbara want a new family out of their old home, so they hire an eccentric bio-exorcist for help - Amazon Prime

Where can I watch good Halloween movies?

What is the best family Halloween movie on Netflix?

Netflix changes its available films on a regular basis, unless they are Netflix originals. Currently, ‘Goosebumps', ‘Monster House’ and ‘Scooby-Doo’ are all highly rated, along with new Netflix originals, ‘The Curse of Bridge Hollow’ or A ‘Babysitter’s Guide to Monster Hunting’.

What is the most child-friendly horror movie?

‘Scooby-Doo’ is a family favourite for many, as it features a variety of ghosts and ghouls who cause mischief on a spring break vacation island. There’s a surprising amount of creepy scenes and jump scares in ‘Scooby-Doo’, but it still has a great reputation for being suitable for kids.

What is the best movie to watch during Halloween?

Pick a movie that gets you into the spirit and scares you! A really good option is ‘Halloween’, which is currently available to stream on Amazon Prime or Sky TV. The new release, ‘Halloween Ends’, is also out at theatres. Both are a good option because they’re set during the spooky season and it’s highly rated as a Halloween favourite.

What is the most played movie during Halloween?

Hocus Pocus has built an enormous cult following and is the most played movie during Halloween, according to many sources. Perhaps this is due to its tamer approach to scaring and because it's a family-friendly option for many.

What is considered the scariest Halloween movie?

Although it’s an older film that some viewers might now disagree as being the scariest, at the time of release, The Exorcist caused mass hysteria with reports of fainting and other strong reactions from audiences. To this day it holds as a scary Halloween movie with high-quality acting and storytelling.

Save on cinema and streaming this Halloween

Quidco offers you the opportunity to earn cashback and find discounts when you shop with certain retailers. If you want to visit your local Odeon this Halloween, you can get up to £3 cashback on a myLIMITLESS subscription with Quidco. If you’re looking to stay in this Halloween, you can get discounts and cashback when spending on Amazon Prime movies or membership with Quidco. Join Quidco to learn more about the offers available.

Availability of Halloween movies across streaming services and in theatres was correct at the time of writing, though this may change over time. 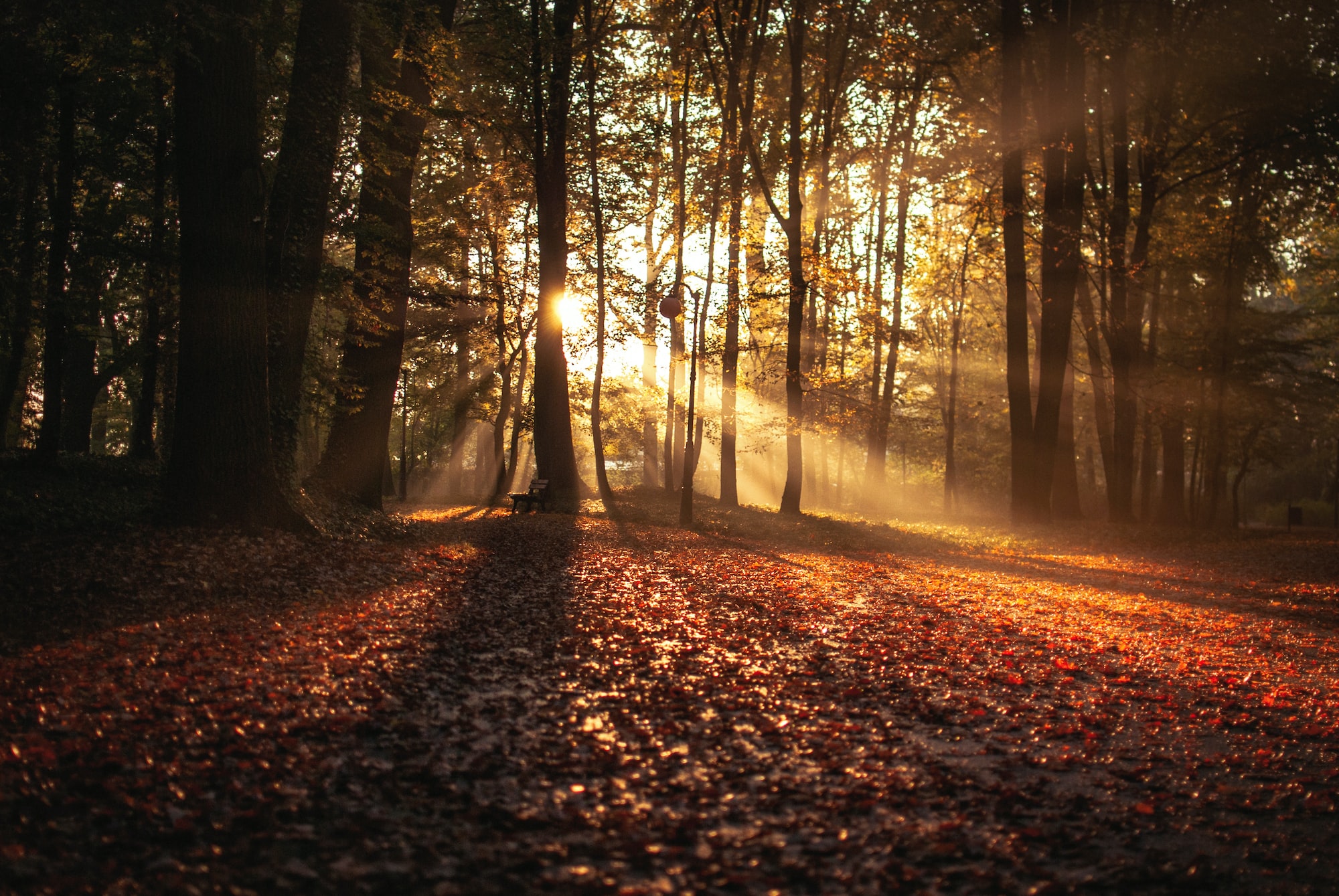 Are you struggling to think of what you can get up to this autumn? Find out here at Quidco, what the best activities are that you can do this autumn. 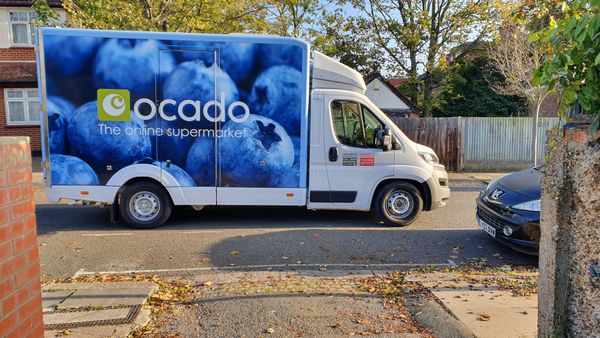 By now, most of us have heard the catchy Ocado advert 'there's an Ocado just for you' - catchy, right? If you're inspired to try them out, we've found a few tips and

Quidco Discover
—
The best movies to watch on Halloween, and where to find them
Share this