It’s tournament time. Having already confirmed Friends as 'the greatest TV show to binge-watch at home’, our attention turned to the big screen.

And while the curtain may have closed on movie theatres for now, there’s no stopping our love for all things film.

To fully embrace the greats of the pictures, we picked some of the movie world's all-time heavy hitters and pitted them together in a winner-takes-all tournament.

It was then up to Quidco Rocks! members to get behind their favourites and vote for the greatest movie of all time. Here is what happened.

For those who don't know, Quidco Rocks! is a fantastic online social community with over 6.5k Facebook members. You can take part in weekly challenges, regular competitions, cashback deal alerts, and general light-hearted fun!

Get cashback on NOW TV passes by clicking here.

After thousands of votes, five knock-out rounds, shock dismissals and heroic underdogs, The Shawshank Redemption has taken the title of ‘greatest movie of all time’.

Much like Andy Dufresne’s time inside, Shawshank’s route to the top was by no means an easy feat.

Despite the tie being too close for some (Tom), Shawshank cut through Gladiator with an impressive 473 vote victory and marched into the second round.

For its next match-up, Shawshank turned its attention to James Cameron’s Terminator 2.

Not only is Terminator 2 one of few examples of a sequel bettering the original, but it had also just defeated movie masterpiece, The Godfather, in the previous round. A force to be reckoned with.

Although Arnie and co. came into the bout brimming with intimidation, it wasn’t enough to stand up to the impressive Shawshank, which won with a slimmer 376 votes.

Shawshank moved into the business end of the tournament, this time facing-off against Marvel’s marvellous, Avengers: End Game.

This was expected to be a close one with Marvel’s ever-growing fandom. But not even Rhian’s call to arms was enough to stop the mighty Shawshank from reaching the semi-final as the Avengers were defeated by 253 votes.

Semi-final: Back to the Future

Only two opponents stood between Shawshank and immortality; first up, Back to the Future.

Despite both films defeating some of cinema’s best to get to the semi-final, the fixture didn’t please everybody.

It was a nail-biting semi-final that saw Marty and Doc’s steel sword of nostalgia clash against Shawshank’s shield of storytelling genius.

With only 139 votes in it, it was Shawshank who came out victorious and headed for the final.

You could argue that the real winner of this tournament is Steven King.

But despite their core connection, there could only be one winner. It's safe to say this was a tough one to call.

With an impressive total of 518 votes to 314, The Shawshank Redemption stepped up to the plate and knocked The Green Mile out of the park to claim top spot as the greatest movie of all time.

Check out the full tournament tree below:

What can we expect from film this year?

Well, with the unforeseen circumstances brought on by Covid-19, many upcoming films have been forced to delay release dates and pause production.

Perhaps the most notable example of a delayed release is the latest instalment in the James Bond series, No Time to Die. Check out the trailer below:

Britain's most iconic secret agent was set to hit the silver screen at the beginning of April, but the pandemic has forced Mr Bond back to November this year at the earliest.

Production has been halted on some of Hollywood's biggest blockbusters too. The Batman, starring Robert Pattinson, was due to be released in summer next year. However, delays in filming have forced the Caped Crusader back to late 2021.

Similarly, Baz Luhrmann's Elvis biopic, starring Tom Hanks and Austin Butler, The Sopranos prequel film The Many Saints of Newark, and King Richard, about the father of tennis players Venus and Serena Williams, starring Will Smith, have all experienced similar production delays.

Fortunately, while the cinemas are temporarily closed, streaming services have taken the reigns and are continuing to add some of our all time favourites and brand new hits to their film libraries.

NOW TV have already added Quentin Tarantino’s critically acclaimed Once upon a time in Hollywood, and JJ Abrams's Star Wars: The Rise of Skywalker. You can also tuck into every film in the Fast and the Furious, Men in Black, and Mission Impossible series' by the end of May.

Get cashback on NOW TV passes by clicking here. 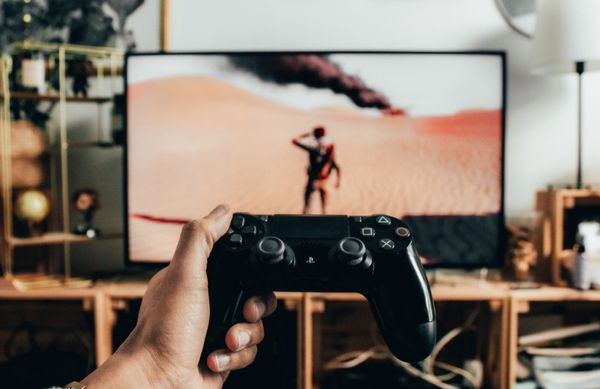 Our research shows how gaming has become a favourite hobby for older generations in lockdown.

With lockdown as the new reality, our usual tests of love have gone from a ride on the teacups to the Nemesis Inferno. We were interested in finding out how all of you were getting on, so we called out to hear your stories.